We can get information of Japanese luxury ryokan hotels by hotel booking sites but we can not know whether the ryokan hotels are good or not. 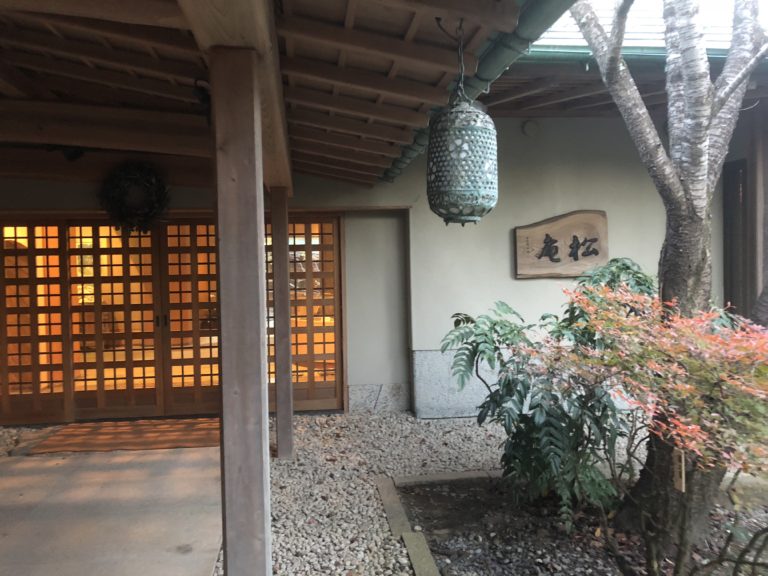 This is one of the good Japanese luxury ryokan hotels at Sendai city.

Sendai city has “Matsushima”. This is one of the three most scenic spots of Japan. 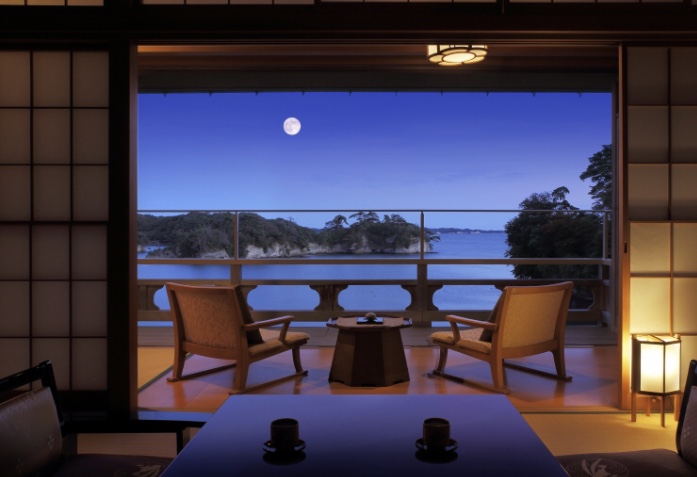 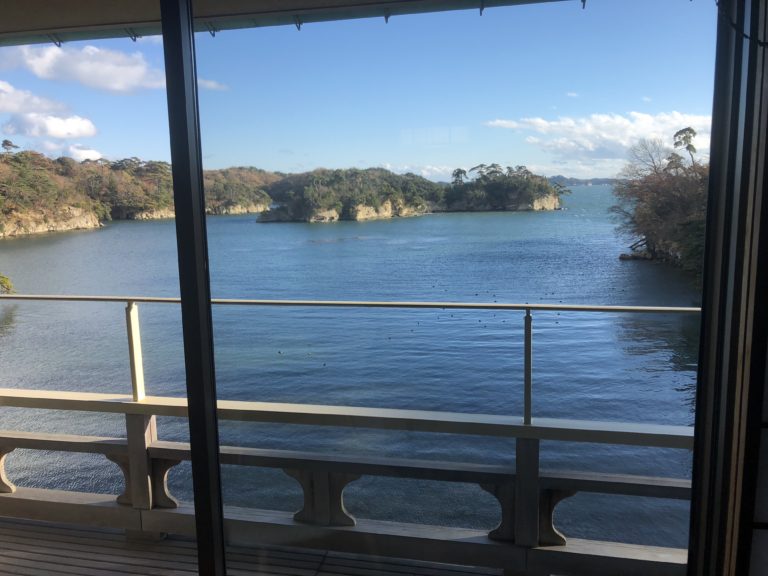 Matsushima Sakan is a little bit far from downtown of tourist spot and has only 11 rooms. So, we can have quiet and elegant moment while looking Matsushima.

✔︎If we want to go to downtown of tourist spot, employee in Matsushima Sakan picks us up.

▼My travel journal to Matsushima Sakan 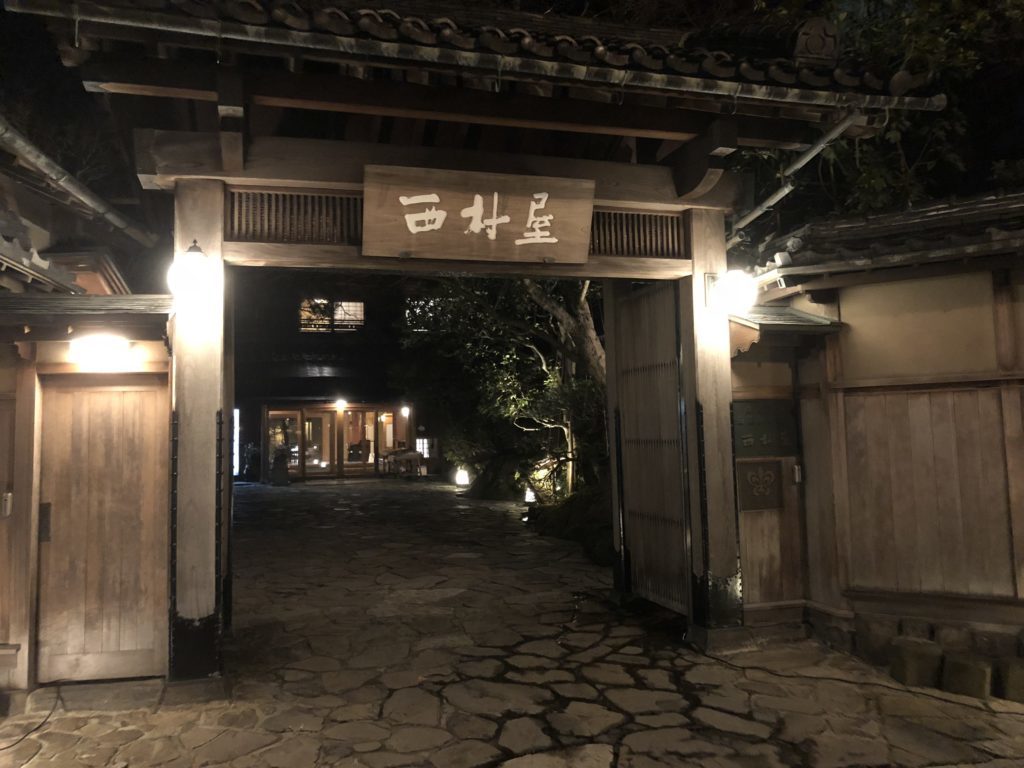 This is the Japanese luxury ryokan hotel at “Kinosaki Onsen”.

The value of Nishimura honkan is Crab! We can eat very dericious crab in the ryokan hotel in winter. Once we eat the crab, we never eat crab elsewhere.

▼The crab picture when I ate. This is called by “matsubagani(Queen crab)” which has tag. This is the evidence of matsubagani. 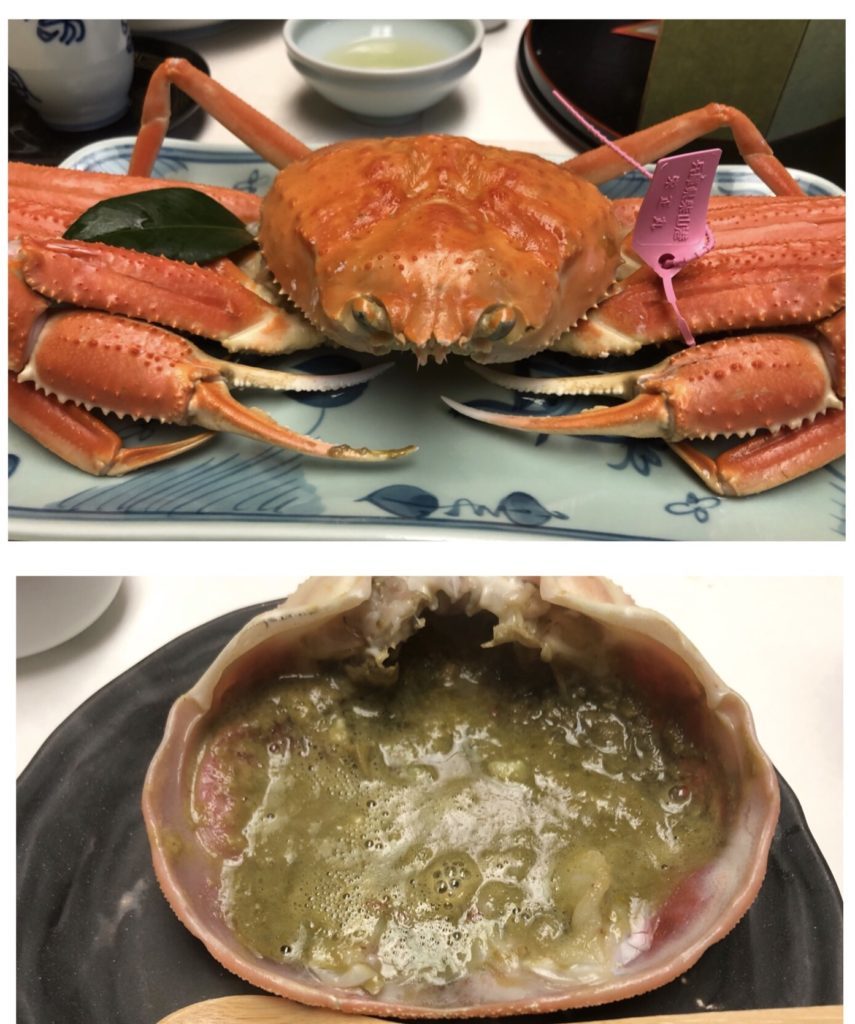 I recommend staying in winter to eat matsubagani! 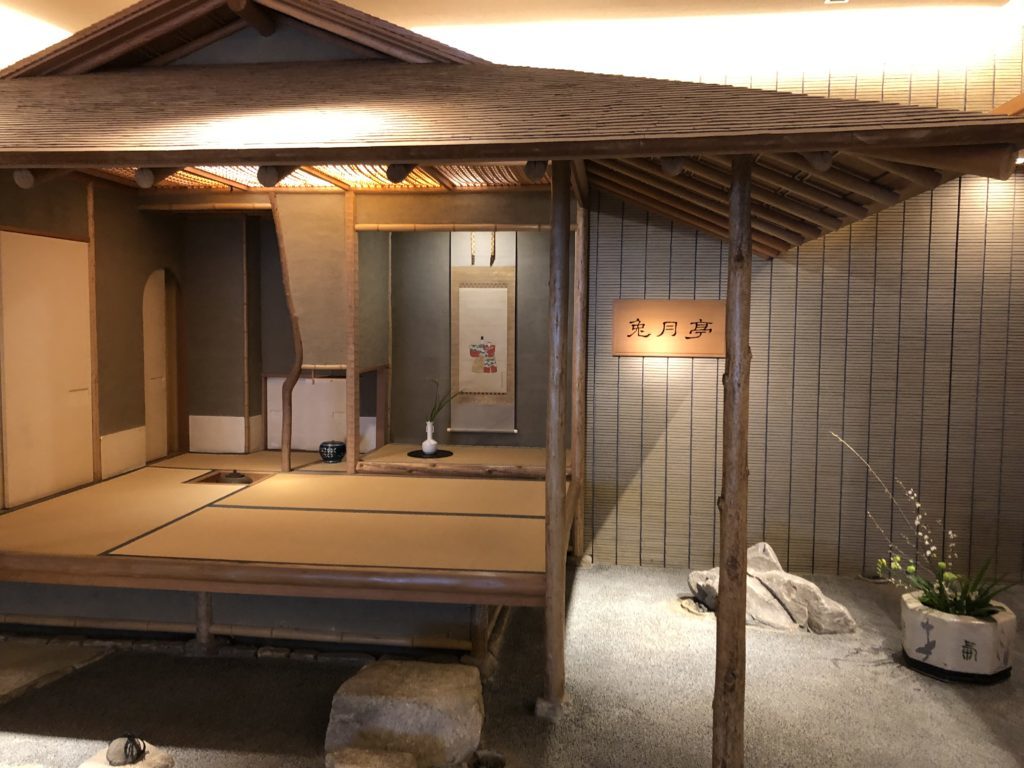 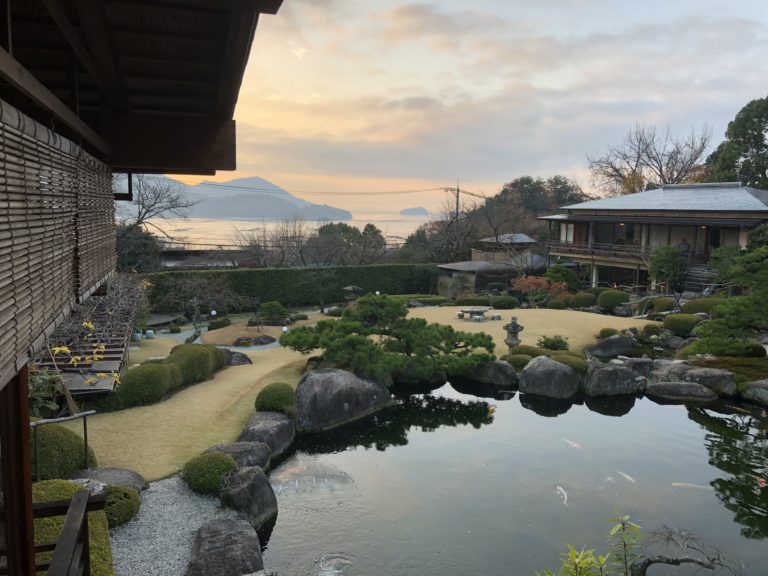 This is the Japanese luxury ryokan hotel on the opposite side of “Miyajima”.Miyajima is one of the three most scenic spots of Japan.

Sekitei has only 12 rooms and locate on the hill. So, we can see the Seto inland sea from the room window.

The value of Sekitei is “Japanese garden”. We can go out in the beautiful garden directly from our room.

For example, “Bonbon-dou room” is made by hollowed out rock.We can have fun to drink or listen to music in the room. 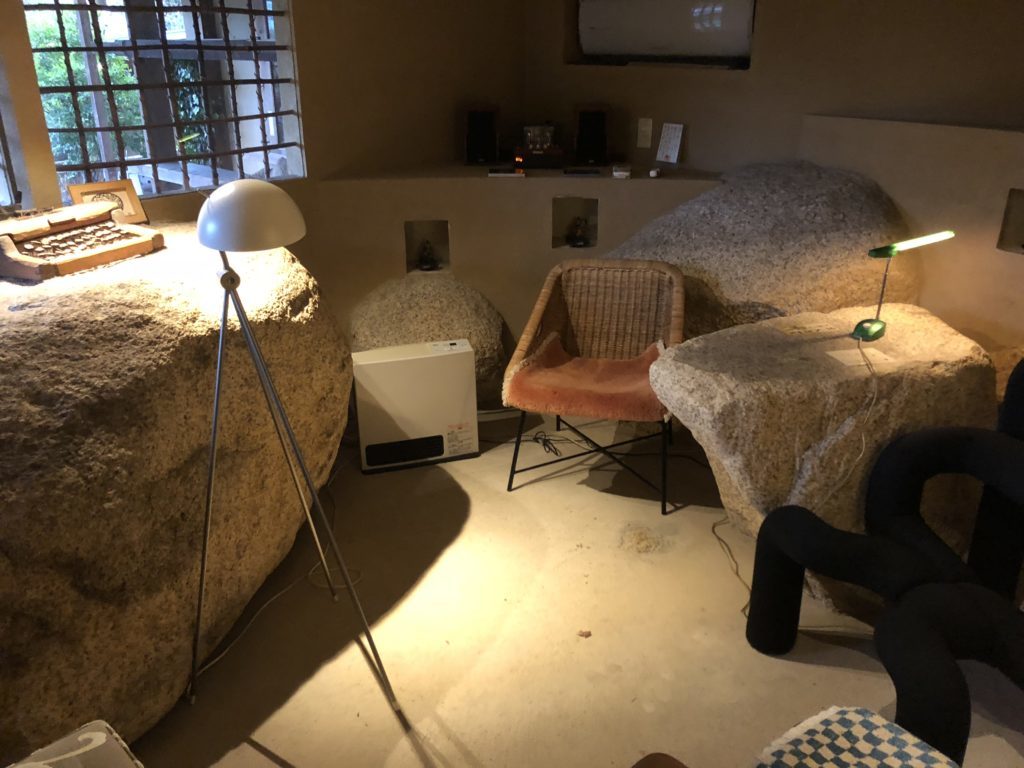 Super-bunko is Japanese-style room and has many rare books. We can read these books.

Originally, the owner of conger bowl restaurant opened Sekitei, so quality of dinner and breakfast is very high.

If you like Japanese-style garden and food, why don’t you go to Sekitei?

▼My travel journal to Sekitei 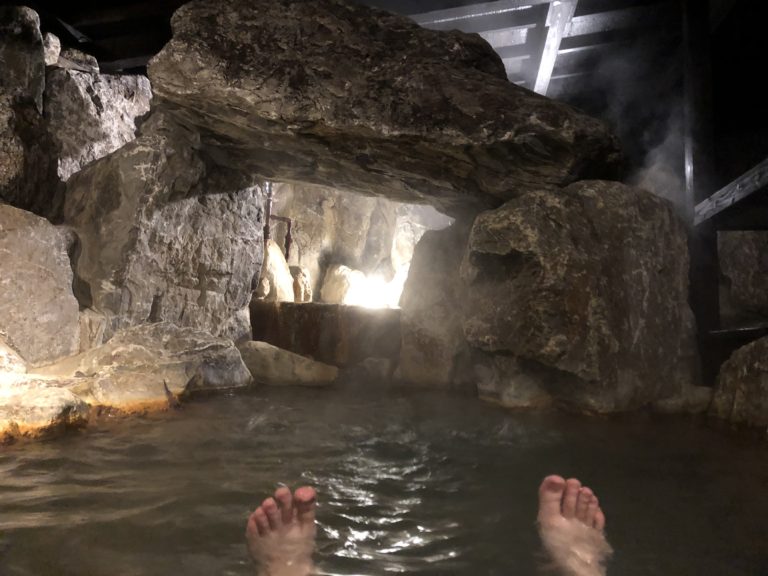 Gekkoujyu has only 8 rooms, and locate on the hill a little bit far from downtown of Kurokawa Onsen. (If you need, employee of the hotel pick you up.)

The value of Gekkoujyu is that all rooms have private large hot spring. There is not only indoor hot spring but also open air-hot spring in all rooms. 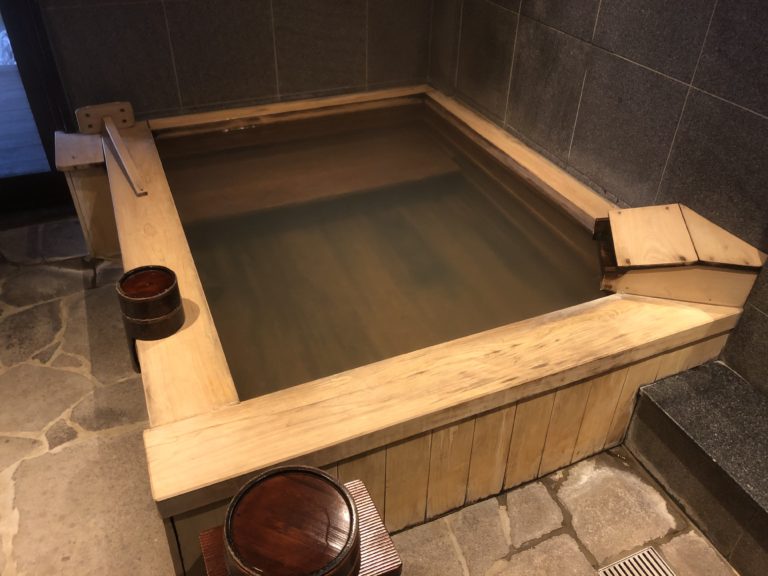 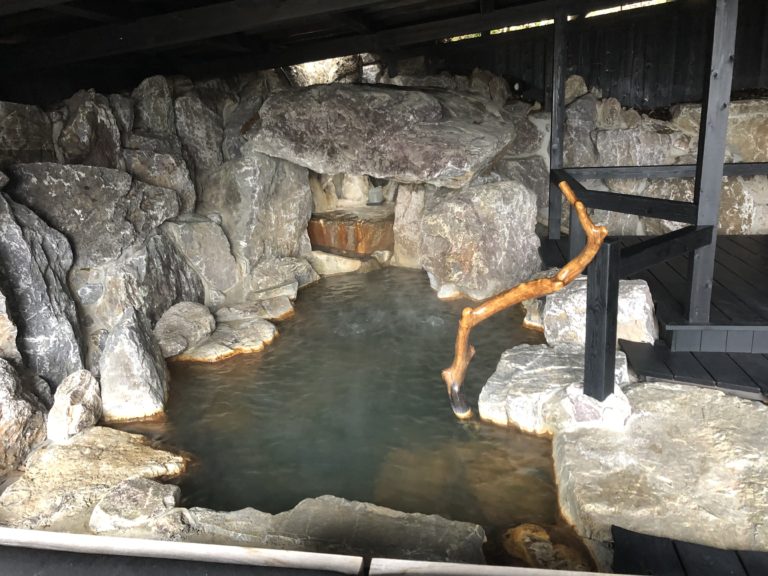 And, all rooms has different concept, so once you stayed at one room, you will want to stay at another rooms.

▼My travel journal to Gekkoujyu

Additional information：I have never been to, but as far as I know, two hotels as below are likely to good. 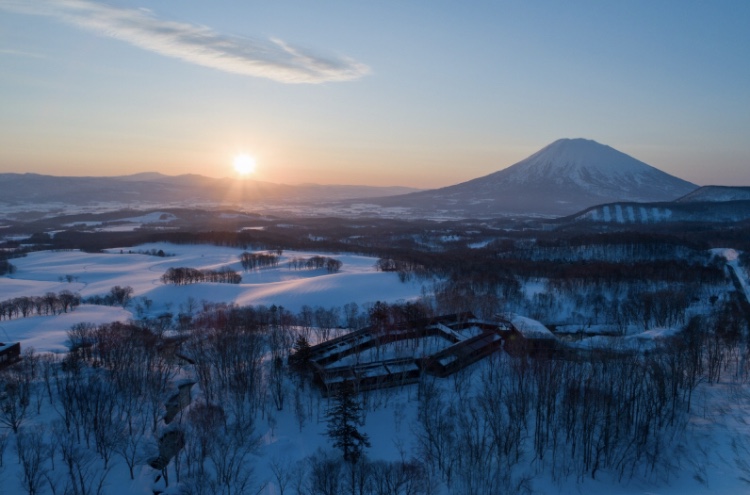 This is the Japanese luxury ryokan hotel at Niseko city.

Zabourin has only 15 rooms and large nature garden. We can look at the “Mt. Youtei”. This is called by Mt. Fuji at Hokkaido.

Rooms are all suite rooms and dinner and breakfast look delicious. 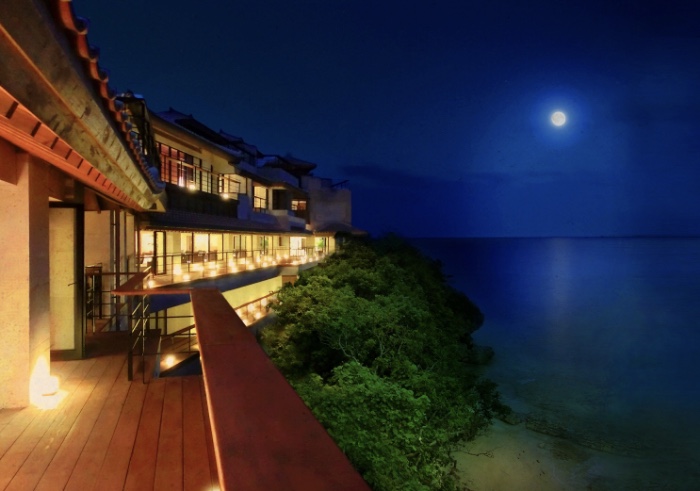 This is the Japanese luxury ryokan hotel at south east side of Okinawa.

Hyakunagaran has only 5 rooms with ocean view. This is likely to little-known good hotel not only for passenger but also for Japanese.